The rating system must change. That is common ground from all sides of the debate. But what should that change look like?

Over the years, whether to appease a particular sector or in an attempt to right some perceived wrong, different governments have resorted to tweaking the system. A relief here, a postponed revaluation there. Often these changes have caused more harm than good. The time for tweaks is over and, whilst I do not favour wholesale abolition of the system, it’s clear that only fundamental reform can make rating fit for purpose once again.

The Treasury’s Fundamental Review of Business Rates, announced last summer, was the opportunity to agree what changes were needed and to set out the roadmap for the implementation of those changes. It felt, to me at least, that this would be the consultation that actually had teeth and, at the time, government seemed to recognise the urgency. We were told to expect an initial response to Tranche 1 of the review in the Autumn, with a response to Tranche 2 following shortly thereafter. Autumn became the New Year and the New Year quickly turned into Spring. The Chancellor’s most recent announcement, that the substantive response would now be delayed until the Autumn, will come as a blow to many ratepayers. While the circumstances the government has been dealing with over the last year are wholly unexpected, the impacts of Covid on businesses of all sizes have been severe.

It’s unclear at this stage what the interim report, expected to be delivered on 23rd March, will cover beyond summarising the responses and an update from Ministers and it’s unlikely it will go much further than to acknowledge the need for long-term change.

In the short term, it seems almost inevitable that Treasury will extend the emergency Expanded Retail Discount, which has effectively pulled retail leisure and hospitality properties out of rating entirely. Even if it turns out to be wishful thinking, this move would take much of the heat out of the delay. 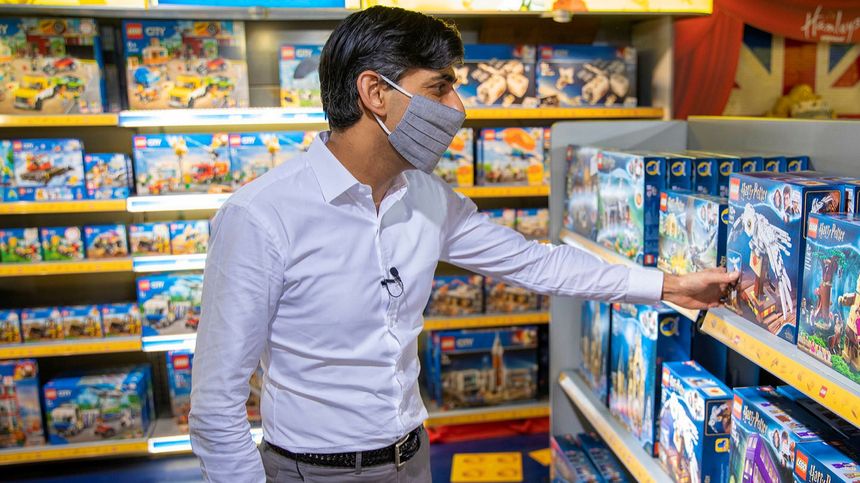 A future-proofed taxation system will be much better equipped to support the vital recovery that is going to be getting underway soon. 🧵/3 #recovery #london #businessrates https://t.co/Q5Rop0n2ac

Today the @FT report that the Government only plan to extend the £20 #UniversalCredit uplift for 6-months. This would be insufficient & ineffective, scheduling support to end when the economic crisis is far from over & unemployment peaks #KeepTheLifeline https://t.co/DFpSrciRBl https://t.co/QwbLYVhKy6

Hardly unsurprising that ⁦@RishiSunak⁩ delays business rates review until autumn | Financial Times - focus must now turn to measures to extend 🎯 relief to those who really need it and will benefit from such support https://t.co/CdzKkVHXjj

Sunak to extend furlough later today, reports the @FT https://t.co/XLdkzUyml5 < Good. With the FM basically saying that major restrictions will be in place until (at least) summer, furlough running out in April was a major worry for Scottish firms.

@BBCSimonJack looks like some short term support may on the way for retail, hospitality & leisure - similar to what's announced in Scotland yday. However, it seems that long-term review been pushed back (Nov Budget). https://t.co/NlzoHKr9N1 https://t.co/hYOx4MLsN9