With the budget fast approaching and a new Chancellor installed at the helm of HMT, the calls for reform to the rating system, already at near fever pitch, are only set to increase.

But whilst there is little doubt that business rates are in need of a reform, few stakeholders go as far as to suggest what that reform might look like or, perhaps just as importantly, how it will be funded (in the event that changes will not be held to be fiscally neutral with the status quo). Indeed, with the government indicating a desire to open the taps of public spending, the funding question presents significant barriers to change.

In their recent letter, signed by almost 50 of the UK's leading retailers, the BRC makes reference to a particular change which it sees as critical in the short term; calling on the Chancellor to urgently review the current transitional relief (downwards phasing) mechanism which forces struggling ratepayers to pay well over the odds in order to fund relief to those those who saw significant increases in assessment at the last revaluation.

But this is only one of a number of issues that come together to undermine the system; a system which fails ratepayers and, in many ways, local authorities alike.

Aside from a punitive transnational relief scheme which has hamstrung the very occupiers most in need of a reduction in liability at the last revaluation, for me the most damaging shortcomings are as follows:

1. An inability for the rating assessments and liability to keep pace with rapid changes in rental value or changes to market behaviours or the way in which properties are occupied.

2. A cumbersome appeals system that hinders the ratepayer from securing legitimate reductions in assessment quickly.

3. A digital platform which is simply not fit for purpose in so many ways.

4. An overly complicated spider-web of reliefs and exemptions which does little more than shift the tax burden around by robbing Peter to pay Paul. As we’ve said before, the rating system should not be seen as a proxy for helping any one particular sector to the detriment of another.

5. An antiquated approach to the valuation of plant and machinery that gives rise to quirks in assessment and is so often cited as a disincentive to make investments in improving commercial property.

6. And above all a level of tax that is simply too high. We have seen the multiplier creep up year on year to a point where the government's attempts to extract over 50p in every pound of rental value places an unbearable burden business.

I am not an advocate of wholesale reform – I view talks of scrapping the current system and replacing it with novel taxes or seeking to fill the funding gap left behind by simply squeezing existing sources of revenue as simply sustainable. And such radical reform would no doubt create further uncertainty and bureaucracy. Better to grapple with the current system but move away from further tinkering around the edges. Government needs to be bolder in their ambitions for reform and there are some obvious changes that would go a long way to solve many of the problems set out above.

Some are already in train, such as the shortening of the revaluation cycles from 5 to 3 years which will go a long way to align rateable values with contemporary rental values.

A few others would be relatively straightforward to implement such as:

1. Changes to the list alteration regulations so that we can delay the point at which improvements to properties wash through into their rating assessments.

2. A thorough review of the Plant and Machinery regulations to bring them up to date with modern practices.

3. A much needed review of the transitional arrangements, as urgently requested by the BRC and others.

4. Further investment in both the resourcing of the Check Challenge Appeal system and the digital platforms on which it relies.

Some reform, however, would take real commitment from government. They just must grasp the nettle and in so doing send a clear message to businesses that they understand the sheer impact rates are having and that they have the appetite to resolve.

Chief among these changes must be an acceptance that it is simply no longer possible to try to extract so much money from the pool of rateable properties, and the ratepayers who occupy them. The government should make it clear when they announce their fundamental review of the rating system that they will not shackle the Minister with the burden of fiscal neutrality. And, if necessary, there must be be a willingness to plug the gap in local authority funding from other sources of revenue.

Major UK retailers, including Debenhams, Sainsbury’s and M&S, have this morning called on the chancellor to take action on business rates reform in the upcoming budget. 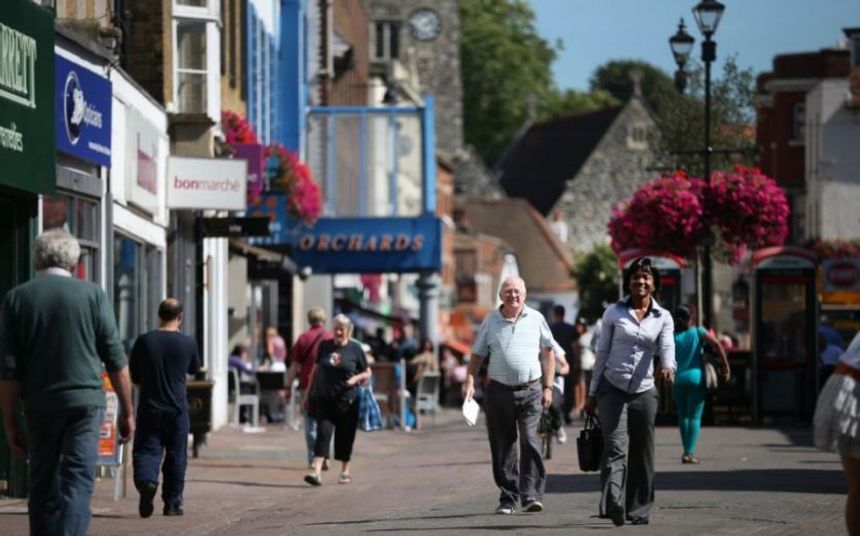