This week I take on the role of President of the Rating Surveyors’ Association; a role deftly handled by the outgoing President Thomas Stratton over the last 18 months and one that continues to come with an assortment of challenges. Rating is changing and it is the role of the RSA to assist stakeholders to both set and navigate this change. As President, I hope to play my part in those efforts.

Established in 1909, the RSA was formed by a small group of surveyors specialising in rating matters as a professional body to encourage best practice in the interests of the industry and the public at large. We have three objectives:

And it is in the course of meeting these objectives that the Association’s Officers and Committee has over the last few months been engaged in unprecedented consultation and collaboration with government, ratepayers, members and other professional bodies alike. Such efforts are only set to continue.

HM Treasury is midway through its ongoing review into business rates reform. The RSA has played its part so far with a 116-page response to its Call for Evidence. Critical but always constructive, this submission recognises the challenges faced by government in needing to protect local authority funding but equally acknowledges the challenges faced by business. The burden placed on business through the rating system is too great and simply must be reduced. And a number of structural failings embedded in the current system, including frequency of revaluation, a punitive phasing mechanism and an appeal regime that is not fit for purpose, must be addressed if faith is to be restored. I look forward to engaging with HM Treasury as it reviews the evidence received and to guiding the Association in engaging with and informing industry as the outcomes are released.

This fundamental review comes at a time when the country has been thrown into unparalleled turmoil. COVID-19, and in particular the measures taken by government to control the pandemic and protect the public, has devastated large parts of the economy and continues to do so. The rating system, and the Association itself, has risen to the challenge of dealing with national catastrophes before. It must do so again. We are already working with the Valuation Office Agency on behalf of ratepayers at large to agree the most efficient and effective means by which to reflect the effects of the pandemic in rating assessments. The discussions on material changes of circumstances are ongoing and I will continue to play my part in those.

In 1955, our founding Partner, Montagu Evans MC, was elected President of the RSA. Sixty-five years later, and in our 100th year, I am one of a number of Montagu Evans Partners who has had the honour of wearing the Association’s chain of office. I look forward to perpetuating the firm’s long-established involvement in an Association that I believe has and will continue to make a material and positive contribution to the industry. 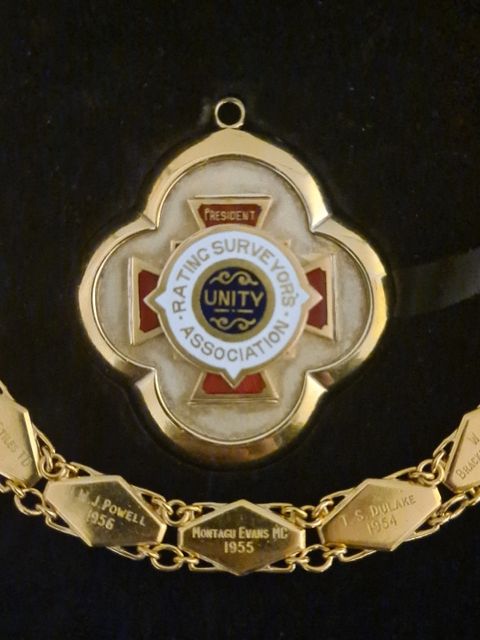