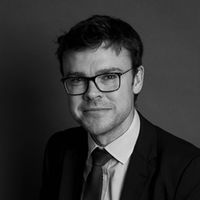 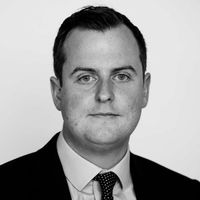 In the first of a series of articles due to be released over coming months, we look to focus on London's recovery and how the property industry might respond to Covid-19. Launching the series is Montagu Evans' new data and socio-economics expert Morgan Reece, who gives us his thoughts on the role of the City's economy in the UK-wide recovery.

It’s hard to believe the speed at which current events have come to dominate public life, both in the UK and around the world. Just six months ago, fresh from an election victory that finally settled the Brexit debate, all eyes were on how the Government would seek to deliver on its pledge to ‘level up’ the economy, promoting growth and investment in all parts of the country and tackling regional inequality.

Fast forward to today, and the focus has shifted dramatically. Now businesses and the Government are fighting the immediate impacts of Covid-19, both on health and economic fronts which have an overriding political priority. The current package of interventions put in place to avert short term economic catastrophe, including the Coronavirus Job Retention Scheme, have already (as of April 2020) pushed public debt to 98% of GDP, according to the Office for Budget Responsibility – an increase of 17.4% compared with April 2019. This, alongside further measures which will undoubtedly be put in place in the coming months, will mean that further borrowing needed to fund a programme of major projects will be increasingly difficult to accommodate.

To rescue the domestic agenda, and begin to tackle regional inequality, the UK needs to return to growth as quickly as possible. To do this, it needs its best performing regions to lead from the front.

London, as the UK’s most productive region, has a highly important role to play. London has delivered a net fiscal surplus in 19 of the last 20 years, and in 2018/19 tax receipts outstripped expenditure by a record £39bn. The only deficit recorded in the last two decades, in 2009/10, represented just 2% of an overall UK-wide deficit of £158bn as the country emerged from the last recession. Though the circumstances with Covid-19 are very different, London’s resilience during and following the last major economic crisis is encouraging, and is testament to its highly productive workforce and world class business ecosystem.

A new type of leadership

As we move into the "restart" and "rebuild" phases of our recovery, it is critical then that London is fuelled by local, regional and national government to respond to the challenges (and opportunities) ahead. New trends in living, shopping and working practices for example, as well continued challenges to the delivery of societal, energy and transport infrastructure, mean that London, and the property industry in particular, has a pivotal role to play in our wider national recovery.

And to support the industry the Greater London Authority and London's Councils will need to play an even greater part than before. Whether it's facilitation via flexing policy, enabling via partnering, direct investment and/or intervention, or ultimately taking on direct development responsibility; a range of approaches will need to be taken many of which will challenge existing conventions or wisdom. If we can get London back to firing on all cylinders as quickly as possible, the country as a whole will benefit.

London, as the UK’s most productive region, has a highly important role to play. London has delivered a net fiscal surplus in 19 of the last 20 years, and in 2018/19 tax receipts outstripped expenditure by a record £39bn.