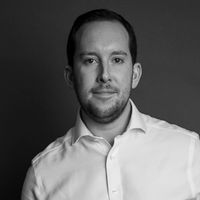 In my last post I noted the evolving technologies that will automate the planning and development lifecycle as a result of the fourth industrial revolution. This week I’ll be diving into those technologies further to look at the impact each of these will have – now more than ever these technologies are more relevant as we all look at new ways of working. Once this crisis abates, we must look to new areas of growth to build up our economy, and new technology and the development cycle could have a great role to play,

Here we consider the potential for the tech behind the fourth industrial revolution to boost the first stage in the cycle, which is that initial step in seeking out a development opportunity – land buyers and developers take note.

At its heart, identifying development opportunities is all about access to, and interpretation of, data. Traditionally, land data has been difficult and expensive to access. It’s not generally provided in a form that can be processed without significant human input to review multiple sources, interpret the data and check it.

In the world of equities, goal-seeking algorithms are used by AI systems to identify and target stocks based upon parameters set by investment strategists, which then make the trade in real time.

Real estate assets by contrast, such as land or redevelopment opportunities for sale, are circulated by their owners to market to intermediaries who then contact potential purchasers with the aim of transacting a deal. This could take as little as a couple of months for an ‘off market’ transaction to a year or more for an openly marketed site.

Given the complexity of land transaction contracts, especially where they incorporate overage clauses where a landowner shares in rising values, profits or a better planning outcome, the eventual position agreed is often highly nuanced and negotiated.

While it is very difficult to see how this could be automated itself, the technology that supports identification of land opportunities could readily assist in narrowing down the variables and increase the likelihood of a mutually agreeable outcome being more quickly reached.

The opening up of the Land Registry database to commercial opportunities is key to the development of systems that will mine both it and similar datasets to identify sites for development based upon the characteristics of demand – a move away from the historic approach of land banking.

One leading housebuilder, for example, is using the Land Registry dataset to identify public land that has the potential to be developed and has been building a goal-seeking system that will identify targets based upon demand-side parameters such as demographic changes.

They are not alone. Skyscape, a part government-funded application, uses AI to analyse rooftops and identify opportunities for development – a practice likely to increase following the government’s commitment to taller buildings in its recent Planning for the Future strategy. Meanwhile, Lumière is applying algorithms to search for developable sites and will then promote it through the planning process.

The next logical step in this process would be to release publicly owned land for development and bring it into this system, but despite significant political and economic encouragement, Government departments have been slow to respond. The development of the e-PIMS register of public assets is proceeding but is unlikely to become comprehensive for some years yet.

If this approach was applied to existing stock, however, similar goal-seeking technology could potentially identify where existing buildings are functionally redundant or capable either of redevelopment or conversion – a huge boost for regeneration and brownfield development.

Given that aerial imagery of unprecedented resolution is readily available, monitoring a site in this way daily is not inexpensive and, using these technologies, there is an opportunity to accelerate the identification of suitable land and development opportunities and facilitation of their acquisition. It is increasingly clear that first movers in site finding technology will have the edge. 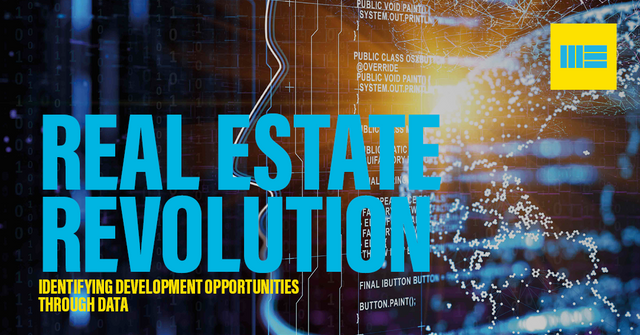