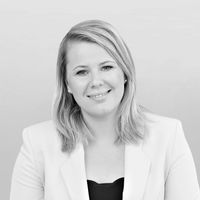 As expected however, the Government’s response to coronavirus took centre stage for a significant part, and this may have lessened the focus on other elements, including housing and development, on which there was perhaps a reduced focus than may have been expected.

Mr Sunak’s promises to ‘get it done’ in respect of the challenges facing housing delivery and the provision of affordable homes included:

£1.1 billion of allocations from the Housing Infrastructure Fund to build 70,000 new homes in nine areas, including Manchester, South Sunderland and South Lancaster;

A promise to launch a new long-term Single Housing Infrastructure Fund to unlock new homes in “high demand” areas across the country by funding the provision of strategic infrastructure and assembling land for development;

Extension of the Affordable Homes Programme with a new, multi-year settlement of £12.2 billion (an additional £9.5 billion); and

A £400 million fund for Mayoral Combined Authorities and “pro-development councils” for development on brownfield land.

Further points of interest in terms of housing and development are expected to follow. Planning reforms are due to be announced by the Housing Secretary today (Thursday 12th March) to ‘bring the planning system into the 21st century’. The Budget Report expands further, saying that these reforms will address land availability, and aim to ‘improve the capacity, capability and performance of Local Planning Authorities (LPAs) to accelerate the development process’. It is noted that there will be a stricter approach taken to the release of land for development and “greater government intervention”. A Planning White Paper in the spring is also announced.

Housing aside, the Chancellor announced £600 billion worth of funding for key infrastructure including charging hubs and other green transport solutions, along with investment in strategic roads motorways totalling £27 billion, and in railways. Business rates were also addressed – for further information see yesterday’s Passle post from Josh Myerson.

Clearly the government’s focus is in the right place. We’re now looking forward to future updates that focus more on how these changes will be brought forward and how quickly they can start to come into effect.