Whilst the Conservatives’ proposals might have drawn criticism for being somewhat conservative in their approach to rating reform, the Liberal Democrats proposed reforms, announced this week, are nothing short of radical.

Leader Jo Swinson has announced that rates, which currently generate around £25bn in tax receipts for the Treasury annually, would be scrapped entirely and would be replaced by some form of Land Value Tax (LVT). The CBI was quick to point out that the announcements currently lack detail.

LVTs have been suggested before as the potential replacement tax for business rates.

Rates, in their current form, seek to levy a tax from occupiers of commercial property, based on the benefit they derive from the occupation of that property. This tax is based on an assessment of the property’s rental value (taken to be a good indicator of relative benefit) and they can be thought of in some respect as a revenue tax. Land Value Taxes instead look to pass the burden back up the food chain to the owners of property, targeting the landlords rather than the tenants. Unlike business rates in their current form, the tax is generally based on the unimproved value of the land but often assumes best use. Such taxes tend to sound appealing because most would think that the landlords are better able to absorb the burden and that LVTs provide incentive to put land to good use.

LVTs have their issues though. Some immediately spring to mind.

Rates based on rental value are attractive because the rental market tends to be more fluid and there is better access to evidence on which to base the tax.

The burden of LVT tends to be passed back down the food chain in any event.

One has to decide at which level of ownership to levy the tax. It can be hard to identify or track down those owners and ensure payment.

If the freeholder is to be the taxpayers, it should be accounted for that a large proportion of the land in the UK is either vested in the Crown, or with other public bodies, and that the remainder is owned by a relatively small number of entities. The burden would not be spread over many shoulders, as many might envisage.

As with any new tax, there would be initial uncertainty that would give rise to revenue risk.

It should also be noted that, whilst encouraging the Government to explore alternative tax bases, the Treasury Select Committee was unequivocal in their conclusions when it comes to radical reform:

A land-based tax is theoretically appealing as it charges landowners rather than tenants — although it cannot be known on whom the final incidence of the tax would fall — and incentivises the best possible use of land. However, the practicalities of implementation are very difficult. It is likely that there would be more appeals. There would be an enhanced level of technical judgement required, particularly in built up areas where there are very few sales to generate a reliable value and it is very difficult to separate the value of land from the value of the buildings that are situated on that land. Land value tax would incentivise high-density usage, and there could be instances where this would not be the desired outcome, such as green spaces.

It is clear change is needed to the current business rates system. None of the alternative systems presented to this inquiry have demonstrated that they are a clearly superior alternative.

Radical reform might sound appealing at a time when the current system is failing so many stakeholders, however, any future government would be wise to tread carefully in dismissing a system that could be more rapidly fixed with careful attention and determination.

But the CBI warned that Lib Dem alternatives could be “mired in complexity” and may not cut overall costs. 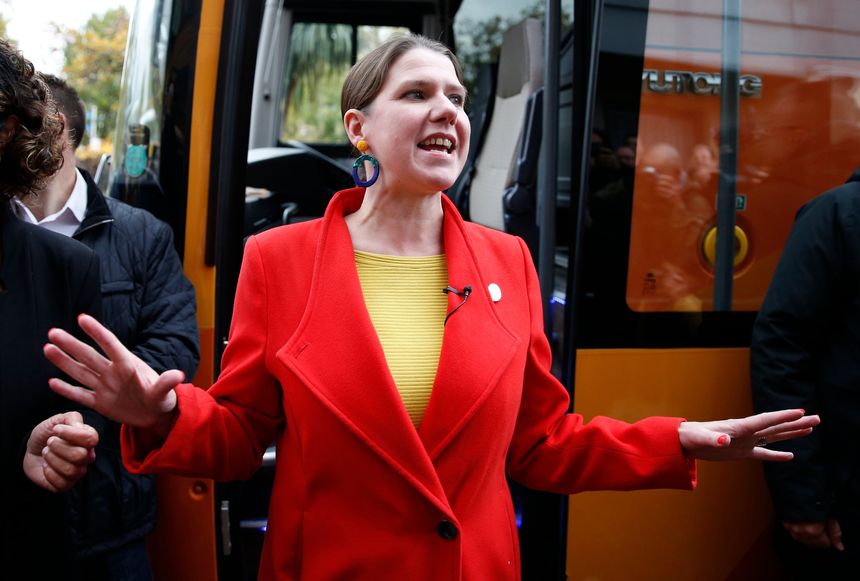