The Treasury Select Committee has published its initial findings following their detailed investigation into the impact of business rates on business.

This investigation sought evidence from a range of stakeholders and professional bodies, including the Rating Surveyors' Association. The report sets out simply a number of stark deficiencies with the current system together with direct recommendations for Government to urgently address these.

These deficiencies come as no great surprise. The failings of the current system have been splashed across the tabloids and broadsheets for all to see. The UK has one of the highest property-based taxes in the OECD and for many businesses operating in ever more challenging times, the level of these rates is the difference between success and failure. The system has also been accused of being a brake on more international investment in the UK.

This investigation, and its report, was an opportunity to recommend some bold changes that would bring significant improvements, but unfortunately, still doesn’t appear to go far enough. Although it’s good news that many areas may be addressed, these are recommendations only and the pace of change needs to be swift to be meaningful in today’s climate.

To summarise some of the key findings:

One of the biggest surprises to the retail sector will be the rejection of an online sales levy or general sales tax, which was the subject of much lobbying. And although alternative taxation bases to business rates have been investigated, including land value taxes and sales or turnover taxes, there is limited appetite from the Committee for any change. As they say, "none of the alternative systems presented to this inquiry have demonstrated that they are a clearly superior alternative".

Rates, it seems, are here to stay. However, the pressure is now clearly on HM Treasury and HMRC to listen to these criticisms and to make some serious and far-reaching improvements to a system that is close to breaking point. 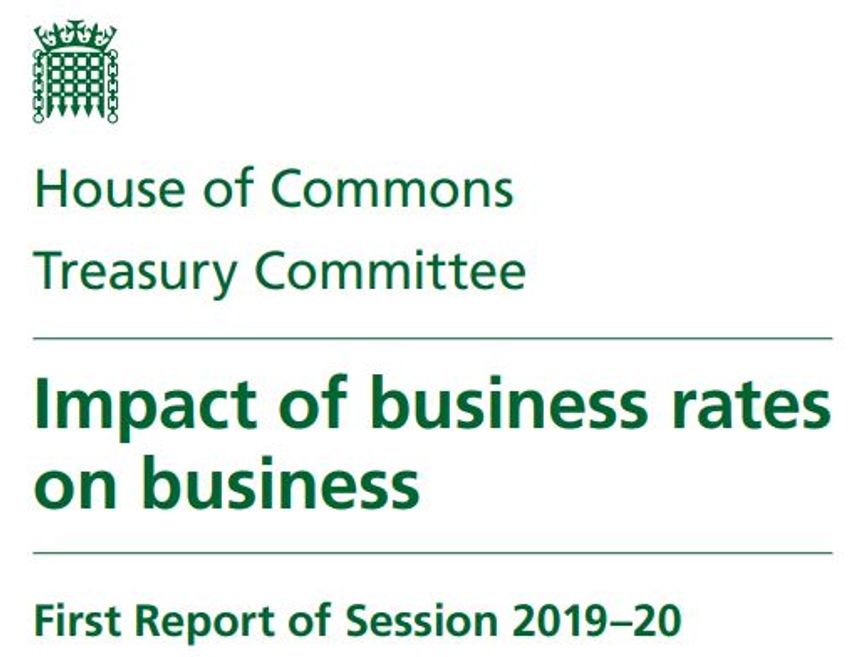