One criticism often levelled at the UK business rates system, is that it represents one of the highest direct property taxes in the world. In January 2017, the OECD announced that 12.7% of the total 2014 tax receipts were from property related taxes. This is well over the OECD 35 member state average of 5.6%.

The UK bucks the trend. Whilst most countries have seen their proportion of receipts from property based taxes reduce over time, as they shift towards other sources of revenue, the UK places increasing reliance on their property taxes (mainly business rates, council tax and SDLT). With the political hot potato that is Council Tax evaluations, this has resulted in a disproportionately high reliance of business rates in particular.

However, whilst one cannot deny that fixed property taxes are high (and increasingly at unsustainable levels), what some fail to take into consideration is that they represent only one in a wide basket of taxes.

At c.£28bn, business rates account for 14% of total receipts. In the last 12 months, in line with mid-revaluation procedures, rates have risen by CPI (excepting implications of transitional reliefs and other factors). In contrast, overall business tax receipts rose by 4.3% in the same period.

Context is everything and perhaps the reason that business rates come in for such flak is twofold. They struggle to flex to deal with individual business performance and they are hard to avoid.

No doubt the latter is why the Government favour them so much, and why the UK has decided to place increasing reliance on them. Certainly there will be resistance to replacing them wholesale with any taxation that might be more malleable. Strong and stable is the name of the game but, as so often seems to be the case, the cracks are beginning to form.

As far as nimbleness is concerned, more frequent revaluations will certainly go a long way to redress that flaw. And if the ultimate aim of annual revaluations is ever achieved, perhaps that criticism falls away entirely.

Receipts from corporation tax, business rates, employers’ national insurance contributions and fuel duties helped to lift revenue from businesses to £196 billion, up from £188 billion in the previous 12 months 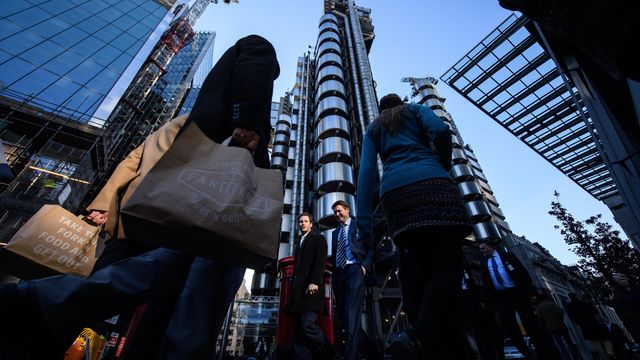